We have prepared answers to our most commonly asked questions about appearing in court. We are happy to answer any other questions you may have.

Can I appear for myself in a court case in Scotland?

Historically in Scotland a party could appear for themselves in any case in which they are personally interested.  In certain criminal cases, however, there is now a requirement to be legally represented.  Certain Courts and Tribunals allow “lay” representation in certain proceedings.  Court representation is potentially complex and it is often better to have legal representation.

A friend has a court case, can I appear for them?

Some Courts may allow lay representation others discourage this.  It is best to check with the Court involved as to what their rules and procedures might be.

When is Legal Aid available to help in court proceedings?

Scotland has a fairly comprehensive system of Legal Aid for both civil and criminal proceedings.  Most Solicitors who are registered to offer Legal Aid services should be able to advise when Legal Aid may be available.

What is  the difference between the Sheriff Court and the High Court?

What is the difference between civil case and a criminal case?

Civil cases generally involve individuals and/or businesses ascertaining their rights against each other and in areas such as commercial and business law, contracts and family law.  Criminal cases involving alleged breaches of criminal law.

Who is the Procurator Fiscal?

If I am charged with a criminal offence can I demand a jury trial?

Generally the decision on whether a criminal matter goes before a jury or not lies with the prosecution.  It is not possible for an accused to demand to be tried by a jury.

My Solicitor had recommended instructing an Advocate – what does this mean?

In some cases particularly legally complex cases it may be felt appropriate for an Advocate (the Scottish equivalent of a Barrister) to be instructed.

How much will a Solicitor charge to go to court for me?

Charges are generally fixed by agreement between a Solicitor and their client.  Sometimes Solicitor and client may agree to proceed on the basis of an hourly charge out rate and in other matters a block fee basis can be agreed.

I am worried about being subject to disciplinary proceedings at work- can I ask my Solicitor to represent me?

This may depend on what any disciplinary procedure/guide book may say.  In some cases even where Solicitor representation is not specifically provided for employers may permit this where this is likely to assist the parties. 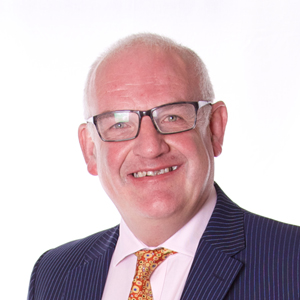